1. Challenging the legality of the traffic stop

There’s a statistic that over 90 percent of all criminal arrests are made pursuant to a traffic stop.

Although I don’t trust statistics because of how they can get twisted, indeed it seems like over 90% of our Marijuana Possession clients get arrested during a traffic stop.

If this is the case, the first thing we do is investigate to see if the Traffic Stop OR the Search were legal. 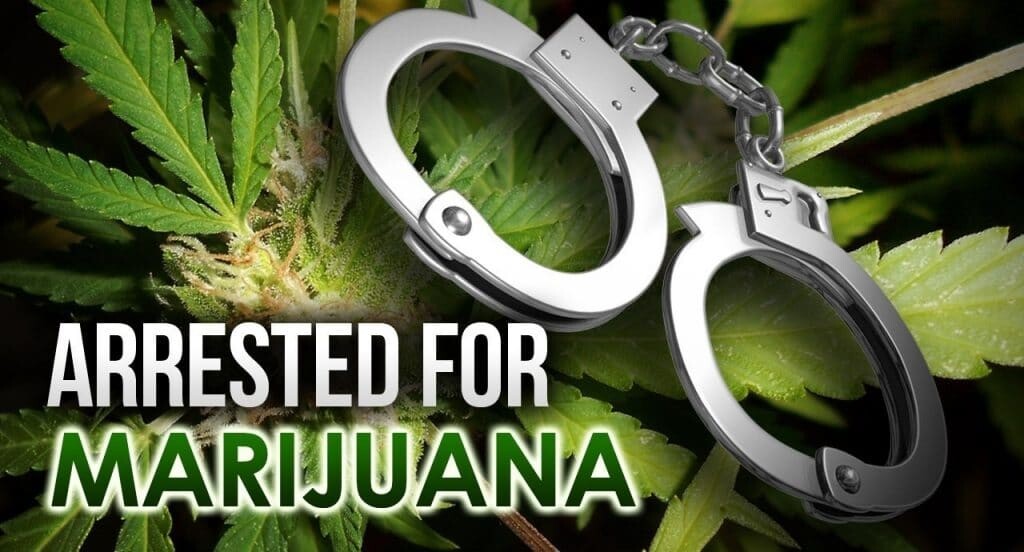 We start each Marijuana Possession case with the following questions:

the Prosecutor dismissed the case because they cannot prove their case.

Long story short, if the Search was illegal, you won your Marijuana Possession case!

2. Was the canine unit involved in you marijuana arrest?

“Either you cooperate OR I have to get the canine unit out here!”

Did this happen to you?

Were you given an ultimatum to either cooperate OR get in worse trouble?

Police threaten to bring the canine unit all the time.

The irony is that many police departments don’t even have canine units.

They don’t have the funding. It’s all a bluff.

Yet, citizens agree to “searches” of their car because they
believe they will be punished if they exercise their right to refuse.

Were you told that you had a right to refuse the search?

On the other hand, if you refuse the search of the vehicle and they did get the canine unit,
how long did it take the canines to arrive?
Was your initial traffic stop over by the time the canine’s arrived?

These answers will determine if the evidence can be suppressed.

If the Marijuana evidence is suppressed, the case will get dismissed.

Starting to see a pattern here?

3. Were you charged with Marijuana Possession for Having a Pipe?

Marijuana must be in your possession to be charged with possession.

We had a client who was traveling with a hookah.
A hookah is a really fancy water pipe used mostly in Middle Eastern countries. It is used for smoking tobacco.

The cops saw him with it, arrested him, confiscated the pipe,
and charged him with Marijuana Possession and Paraphernalia.

Where was the Marijuana?

You can figure out who won this case.

4. Was the Marijuana Properly tested?

Whenever you are accused of having a drug like Marijuana in your possession,

the Prosecutor has to prove that it is Marijuana.

All of the evidence is sent to the New Jersey State Police Laboratory.

Once it gets to the lab, it has to get tested in many ways.

Each test has to be done by a qualified scientist.

The people testing the drugs have to test it a certain way and with certain equipment.

They also have to keep records of every test.
Once the tests are completed, those records are provided to the criminal defense lawyer.

If the Marijuana is not tested properly and by the right person in the right way,

we will once again file a Motion to Suppress.

A few years ago, the State of New Jersey had a lot of trouble with a person who worked at the laboratory. Instead of testing the Marijuana evidence properly, this employee was lying about it.
As you can imagine, many cases got dismissed.

5. Arrested with Co-Defendants? Whose Marijuana is it Anyway?

But can 4 people ALL be in “Possession” of ONE Marijuana cigarette?

Or, what if you gave someone a ride and they were in Possession of Marijuana?

Someone you gave a ride to in high school dropped a roach in your backseat.

You get pulled over for speeding and the canines “alert” or find marijuana in your car.

Should you be charged with a crime that has a perfectly logical explanation?

Can the Prosecutor prove that the roach belonged to you?

If one of your co-defendants takes responsibility for the marijuana in your car,
then we file another Motion to Dismiss the charges against you.

Are you starting to see the many different strategies we use to fight your marijuana possession charges?

Bonus Q & A How Do I Get My Marijuana Money Back?

If you were arrested for Marijuana Possession, chances are that all of the money that you had in your pockets was confiscated.

You must be concerned about getting it back.

Well, I’ve got some bad news.

99% of the time you will not get your money back.

The County Prosecutor’s Office where you were arrested has something called an “Asset Forfeiture Unit”.

The Asset Forfeiture Unit enforces the New Jersey laws that allow police to “maintain custody” of property that has been seized from a criminal defendant (you).

Even if we win your Marijuana Possession case, the State can still bring asset forfeiture proceedings against your property.

We have outlined 5 simple ways to fight & win your Marijuana Possession charges in NJ.

Every case is different.

Sometimes it takes one way to win.

Sometimes it takes all five ways to win.

And sometimes, we can’t win no matter how many ways we try.

The important thing is to never go down without a fight.

here’s a great article to help you get answers: New Jersey’s Criminal Process: Everything You Need To Know

His articles in the areas of Criminal Law have been published in The New Jersey Law Journal.

He is a distinguished author, trial attorney, and has had the privilege of arguing before the New Jersey Supreme Court.

Prior to becoming an attorney, Mr. Peyrouton was a world-class, competitive tennis player.

He is perfectly fluent in Spanish.

New Jersey Conditional & Hardship Licenses I Need To Get To Work!

See All Our Reviews
Thank you Dr Peyrouton for your professional advice on my closing issue and for helping me with my litigation case. I am super grateful for a speedy successful outcome on this process.

Erico Pilates
03:18 16 Jan 20
Alan and his team have worked magic on cases and are the easiest to work with of the attorney's I know. I am impressed by how they get things done and their success with cases large and small. Always the first call I make when either I or my clients need counsel.

njfirearms
05:03 01 Jan 20
I was arrested for a 3rd-degree felony case. I spent 5 hours searching for a good NJ criminal defense lawyer online. Every lawyer I called was in a rush and demanded a lot of money. I didn't like how many of these lawyers talked to me either.When I discovered Peyrouton Law, I checked their reviews. Every review was perfect and I was skeptical. Nobody can be so perfect.I talked to Alan on the phone and made a free appointment to come in and see him.Alan and Kevin explained everything to me very clearly. They answered all of my questions patiently. I never felt rushed.Because of my special circumstances, they took my case for an extremely reasonable flat fee. Honestly, they treated me like a brother.Within a few weeks, they were able to get my felony case downgraded to a misdemeanor.Long story short, I ended up paying a small fine for a municipal ordinance.As a client, I only had to go to court only three times.Even though my case is over, I will continue to keep in contact with Alan and Kevin.I consider them excellent people and they've become trusted friends.If any of my friends or family members ever need a lawyer, I will just grab them by the hand and take them to see Alan and Kevin.You know, when I got arrested, I was humiliated, lost my vacation time, and lost a lot of sleep but the best part of this whole thing is that I made two great friends for life...

yuksel
19:59 19 Dec 19
Alan and Kevin were the first attorneys I've ever needed for any criminal matter in my life. I was speaking with other potential attorneys for my hire and they were all very nasty and and in a hurry. upon hiring Allen he appointed Kevin Brown to my case. Kevin always listened to everything I had to say, took every detail into account and given that I work for a government agency he saved my career from going into the gutter. I had a felony dropped down to a disorderly persons offense and drop down finally to a municipal ordinance charge which leaves me with no criminal record. I could not thank either of you enough and I don't think that the retainer fee was even enough. Alan and Kevin both saved me and I am forever grateful. if you want good results and honest advice with a touch of hospitality and great customer service hire them now, get their business card and keep it in your wallet just in case. Five stars well-deserved.

Brian Galbraith
23:43 12 Dec 19
Words cannot describe how great full I am to Peyrouton Law group. Allan has helped my family out with sympathy and great care. He was real and upfront with us through tough times and still we found reassurance and we feel confident that Allan and his team are looking out for our best interest. I don’t ever wish for anyone to be in a tough spot but if anyone ever gets into trouble Peyrouton Law is the one place I recommend, They have been fair and honest and really I can’t thank them enough.

New Jersey Conditional & Hardship Licenses I Need To Get To Work!

Plea Bargains: What Are They & Why Are They Used?

How can we help you?