Driving on a Suspended License In New Jersey 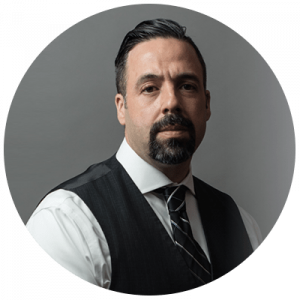 You may face up to ten days in jail for driving on a suspended license.

Driving on a suspended license can happen to anyone. People change their address and never get notice of a court date. Your driving privilege should be defended to the max. We’re here to help.

But I don't understand! why is my license got suspended?

There are a number of reasons why your license got suspended.

What are the penalties for driving with a suspended license in new jersey?

Fine of $500, plus an extension to the period of suspension that cannot exceed six months.

Fine of $750, plus possible imprisonment in the county jail for no more than five days. The court may also extend your license suspension by up to six months.

Fine of $1,000, along with 10 days in county jail. As with the first and second offense, the court may impose or extend a period of suspension of your license for up to six months.

Will I lose my driving privileges for an even longer period of time?

It depends on two things.

First, why you are suspended?

For instance, are you suspended because you did not pay a parking ticket?

If the only reason is an unpaid parking ticket, you may be able to resolve the ticket without an additional license suspension.

As part of its sentence, the court may add additional time to your suspension period.

How do I restore my suspended license in NJ?

How do i know if my license is suspended in new jersey?

The first thing you need to ask for is your driver history abstract. This your complete driving record.

It contains all of the information the MVC has relating to your driver’s license.

The MVC support staff will inform you of:

You can also visit various MVC centers to request your abstract in person.

Or you can purchase a copy online at the MVC’s official Driver History Abstract site.

Again, it all depends on why you are suspended and your driver’s record.

important tip: Invest a little bit of money & get a lawyer

An experienced attorney will fight to resolve the ticket with as few penalties as possible.

Knowing the law, and knowing what a court will accept is crucial to getting the best possible resolution of your ticket problems.

Competent counsel will work with the municipal prosecutor to craft a solution that minimizes any possible license solution, and/or fines.

If you would like to meet with us to discuss your case, we offer FREE consultations.

Below you will find some but not all of our practice areas. Of course, if you do not see your criminal charges listed, feel free to contact us for a free consultation. We will meet with you to discuss your case & to answer all of your legal concerns. Se habla español tambien!

What our clients say about us

Peyrouton Law
4.9
Based on 141 reviews
See all reviews

J O
17:41 11 Feb 21
I recently got into some legal trouble and was in the need of an attorney fast. Choosing a good attorney, is step 1 in achieving a favorable outcome in any case. And thankfully I made the right choice in choosing Peyrouton Law. Allan and his team are great. They set my mind at ease and they were there with me every step of the way. Allan and Samera always made themselves available for any questions or concerns I had and worked very hard to get me the best possible outcome in my case. They were very affordable and their service far exceeded the price. Thank you Peyrouton Law!

Nikki Pergaminos
22:33 10 Feb 21
Mr. Peyrouton has been my attorney for the last ten years. He is very knowledgeable and has always been accessible. I am proud to know him and have him as my lawyer.

Erin Marrero
19:54 10 Feb 21
Super Helpful!!A few months ago my husband and I received a BOGUS! speed ticket. Came here explaining our situation long story short ! The ticket was dismissed and I would definitely recommend to anyone seeking professional help.

Joy Alarcon
01:39 10 Feb 21
Recently I had a need for a criminal attorney and I hired Peyrouton Law Firm. This was a very stressful situation for me to go through however the entire time I had great service and quick response from this law firm. I received exceptional service also from Samera of their legal team/ paralegal staff.She provided me with steps of the entire process and gave me information to put me at ease. Thankfully my issue is resolved now and I am recommending them to all of my friends and family.

johon cano
01:10 10 Feb 21
I had got myself into some serious trouble with criminal charges and was going to lose my awesome job because you cant have a criminal conviction on your record at my job.First I went to some jersey city lawyer who treated me horribly and tried to scare me into paying an inflated fee! my mom was with me and he was even rude to her because she has an accent.We left his office and googled more lawyersWe got really lucky when we found Alan.The guy is so awesome!He fought for me at a third of the price of the other lawyer and I was able to keep my job.He's a gentleman fighter and I totally recommend him.

Madelyn Abdalla
00:40 10 Feb 21
Last year was such a difficult year for all of us with the rise of Covid-19 and the pandemic. Most businesses and the Courts were closed for months! If you had a legal matter pending during that time...trying to speak to a live person at the Court to get information or questions answered was nearly impossible! So I finally decided to hire an attorney to help! Alan and Samera are such an amazing team. They took my case and started working on it from day one! They constantly corresponded with the Court through fax and email to stay on top of my case. They made several calls throughout the day and did not stop until someone picked up or called back with information on my case. They always kept me updated and were always so nice to me. My case was over a year old and nothing was being done. As soon as I hired Alan, it was closed within 3 months!!! I'm speechless. Thank you both for doing such great work and for being so diligent. And the result was the icing on the cake! God bless and stay safe.

RUBEN CERVA
00:03 10 Feb 21
Thank you Alan for saving the day...again! Lol From criminal cases to traffic tickets to immigration issues etc...you always come through for me! And you always get the best results! I wish you more and more success! You'll always have me as a client and as a referral!