3rd-degree Aggravated Assault charges carry up to five years in prison. If you are convicted of committing aggravated assault, you are facing serious prison time. The amount of prison time you serve depends on many factors. However, courts will first look at the victim's injuries to assess punishment.

Aggravated assault is a very difficult crime to explain. For example, if you commit a Simple Assault on a member of a “protected class” you will automatically be charged with 2nd or 3rd-degree Aggravated Assault. This means that if you slap a cop, you will face felony charges regardless of the injury to the cop.

To help you understand the concept of “protected classes”, we included this short video.

We’ve devoted an entire article to this subject.

In this article, we discuss legal defenses and strategies to help you better understand your options. 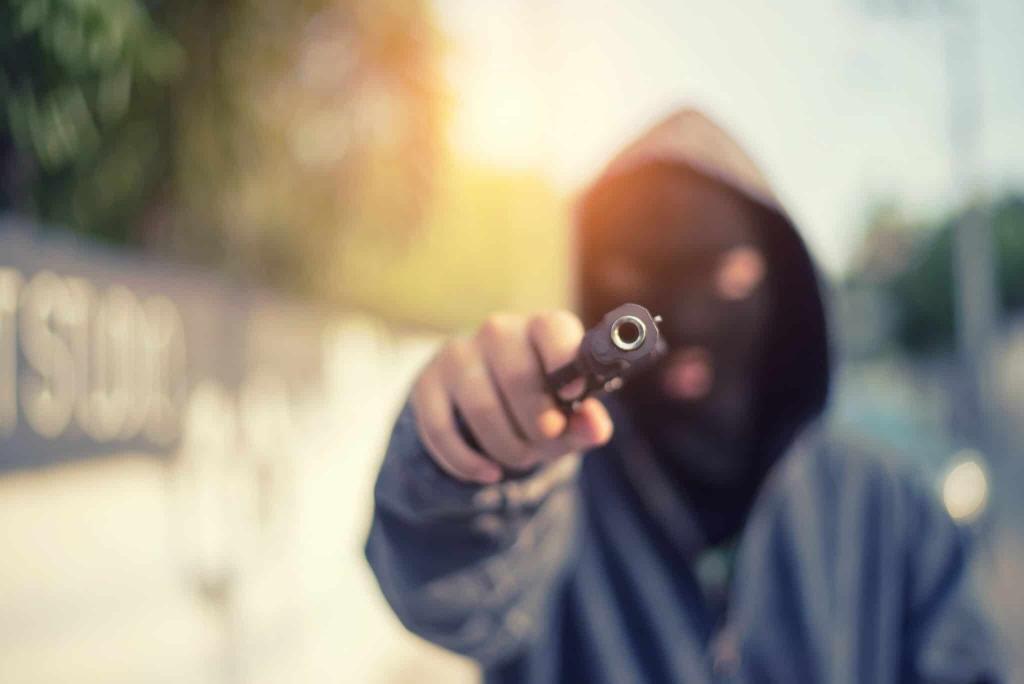 A common misunderstanding is that you can only be charged with aggravated assault if you used a gun or a knife to threaten another person. But this is not true.

A deadly weapon could be virtually anything. For example, you could face aggravated assault charges for threatening someone with a baseball bat, crowbar, toy gun, scissors, and so on. Courts look at the victim’s fear of harm very closely and if that fear is real, then you’re facing serious prison time.

Can 3rd-Degree aggravated assault charges be dismissed or downgraded?

In theory, every type of criminal charge can be dismissed.

To learn more about how you can get your criminal charges dismissed, please read:
Dismissing Criminal Charges: 7 Ways To End The Nightmare

Aggravated assault in New Jersey is either a second, third, or fourth-degree crime.

As 3rd-degree Aggravated Assault lawyers in New Jersey, you will get our very best!
We are committed to fighting for you and protecting you throughout the entire case.
You will benefit from our extensive trial experience.
Most importantly, we will be honest about your chances of winning your case.
We never guarantee results.
However, we absolutely guarantee that we will do our best to aggressively fight for you!

Your case is as important to us as it is to you.
Your freedom is on the line.
Each case is different and we welcome the opportunity to protect & defend you.

When you hire us, you will get complete access to us. We respond to all communications & really care about our clients.
Our fees are reasonable and we offer payment plans.

See All Our Reviews
I am so happy I found Alan and his team. From the start he was very caring and understanding of our situation. He helped us with everything, explained everything and was there through every step. He is a true blessing. We went from the impossible to my boyfriend coming out, with no trial and only time served. I recommend him to everyone because he really took a hard case and gave us the best outcome. He is so patient and was so dedicated to this case. He spent all his time working on this and gave us the best outcome, from facing 60yrs to only getting out on time served (11months). I can’t imagine what would’ve happened if it wasn’t for Alan. Thank you so much Alan. Forever grateful!

Khloud Ghazy
20:28 07 Feb 20
Hey, this is Travis. Hope all is well with you guys. I just wanted to reach out and truly thank you guys for everything you did for me and my family and also believing in me at a point when I barely believed in myself. I am off the "conditional probation", and everything is over with. We have our three little beautiful girls (which The youngest just turned one a few days ago), we both have amazing jobs where we are very blessed to be making what we are making for our family, and we are in the process and about to go into contract with buying our first home (a BEAUTIFUL 400,000 dollar home).... Lizzy and myself just wanted to truly thank you guys for believing in me and doing everything you could so I can be in this amazing spot in life that my family is in. I owe a lot of this to you guys and I hope you know what you do does not go unappreciated and you guys are making a huge impact and you guys are a huge help on certain people's lives. This above was a text message that I just sent to Alan and Kevin. For anyone who is looking for AMAZING people to represent you, that will literally do anything and everything they can for you to receive the best outcome, then these are the people you want, I PROMISE you that. They literally made miracles happen on my multiple cases. Alan from day one made me promise him that I would do everything I could to better my life. I did that and in return I received the most amazing lawyers who went above and beyond for me and my family. I couldn’t of created a better pair of lawyers to represent me. If anyone is looking for great results on your case please give Alan and Kevin a shot and I promise you (because I owe a lot of my success right now to these men) that you will not be disappointed and they will do everything they can for you.

traviscp longendyke
15:41 04 Feb 20
Alan and Kevin helped me avoid prison on huge drug charges. Then, they beat my DUI case. They’re the perfect combination of aggressive and humble lawyers. Fees are very reasonable and they really cared about me. I totally recommend. My lawyers for life.

Geraldino Fils
00:32 01 Feb 20
MY LAWYERS FOR LIFE!!!!!Alan and Kevin are the Best!!!!!!Most genuine lawyers I’ve ever met...they were very detailed and kept me informed about the process every step of the way... These guys have a genuine passion for law and will work endlessly to ensure a favorable outcome... they treat you like family which is what everyone needs when faced with a situation...

Child Endangerment NJ | Is It A Felony? Will I Lose My Children?

Terroristic Threats NJ | What In The World Does It Mean?